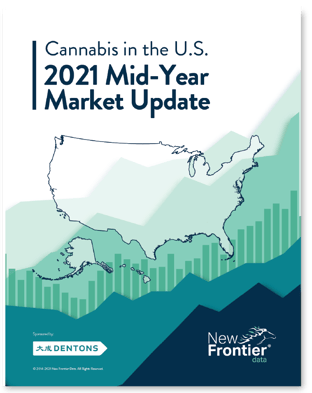 New Frontier Data’s latest report, Cannabis in the U.S. 2021 Mid-Year Market Update, provides an update on expanding legalization efforts nationwide and the trajectory of the industry in 2021 and beyond.