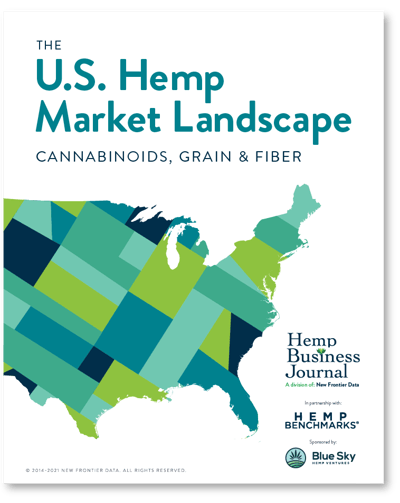 Despite the challenges of 2020, the hemp industry remains poised for strong growth in 2021 and the years ahead, as cannabinoids continue to gain widespread acceptance among consumers, and as non-cannabinoid applications continue to develop into mainstream products.

Leveraging data drawn across all areas of the cannabis industry, this report includes insight and analysis from a wide range of sources, including operator interviews, government agencies, and consumer surveys.